In the five years since the idea was first conceived, Wolfpack Pick Up has become a staple of campus culture at NC State University. One can hardly walk across campus without being passed by a humming golf cart as it whizzes onto the next ride. It is no surprise, then, to hear of the program’s extensive impact on campus, now arriving at a milestone perhaps never considered possible in its infancy: 10,000 rides. 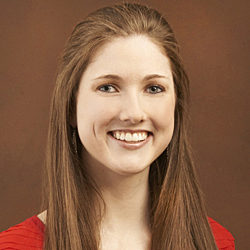 The history of Wolfpack Pick Up begins with one exceptional student-leader, Paige Maxon, who changed the course of accessibility at NC State by taking a concept and seeing it through to implementation. Maxon’s impetus derived from living with a chronic illness throughout her college career which made walking to class difficult. Inspiring others with her idea, Maxon launched a petition on Change.org which procured over 400 signatures.

In 2013, Maxon began collaborating across campus to lay the groundwork for the program. By 2014, the team successfully rallied the support of campus leaders, including Chancellor Randy Woodson. Maxon led advocacy efforts to gain funding from private supporters, Provost Warwick Arden, and Student Government, launching the pilot in January 2014. In the two semesters of initial operation, Wolfpack Pick Up scheduled more than 800 rides for students living with a variety of mobility needs.

Since the days of launching the program, Wolfpack Pick Up has expanded exponentially, both in demand for rides and operational capacity. This fall, we are excited to highlight the two most prominent upgrades to our service:

As a part of our expansions in service, our fleet and infrastructure are also in a constant state of motion. Over the summer of 2018, Wolfpack Pick Up secured a $10,000 grant from the NC State University Foundation, Inc. to sponsor the purchase of two new four-seater electric golf carts, aiding our ability to serve more rides in more locations. We also added to our staff roster, increasing the size of our team from an average of 8 drivers to 11 drivers. This permits more flexibility in scheduling and allows the successful implementation of our Centennial Campus pilot operation.

Wolfpack Pick Up Alumni and Partners

Wolfpack Pick Up would not be possible without the generous support and dedication from our alumni and partners, both past and present. Our team extends special thanks to the following individuals and organizations.

NC State Student Government has maintained logistical and financial support for all four years of the program’s existence. We are grateful for their enduring dedication to ensuring members of our community have the access they deserve on main and Centennial campuses.

The NC State University Foundation, Inc. is a proud supporter of Wolfpack Pick Up. Our program has utilized two grants from the Foundation to aid operations and expand our fleet.

Wolfpack Pick Up thanks Ashley and Neil Bateman for their support of our program. The Batemans are proud NC State alumni living in Atlanta, Georgia.

Our team is grateful to Provost Warwick Arden who served an integral role helping launch Wolfpack Pick Up through administrative support and financial resources.

If you are interested in getting more involved as a supporter or partner, contact staff coordinator Colin Beamer via email at cbbeamer@ncsu.edu or via telephone at 919-515-5465.